Home » Have your say on highway improvements in Fengate

Have your say on highway improvements in Fengate 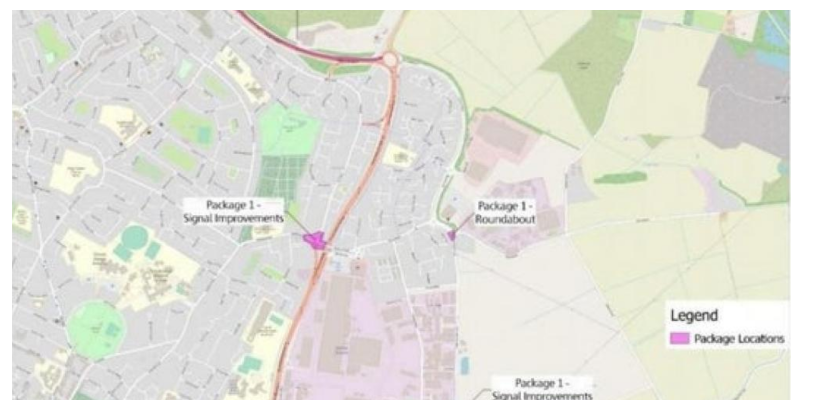 Residents are being invited to have their say on plans for highway improvements in the Fengate area of Peterborough, aimed at alleviating congestion and improving journey times.

The Cambridgeshire & Peterborough Combined Authority, headed by Mayor James Palmer, has given Peterborough City Council funding to prepare a Full Transport Business Case and Detailed Design work for several improvements to the area.

“The Combined Authority is about delivery, about getting things moving and creating the right environment for good growth. We are fully committed to bringing the region’s whole transport infrastructure up to scratch, attracting new business and new jobs.

“I want to see this project move forward so everyone benefits from the improvements. This work will help the Combined Authority put in plans for longer term improvements across the whole of Cambridgeshire and Peterborough.”

The proposed work will add capacity to the highway network, addressing existing problems of peak hour congestion as well as helping to facilitate planned employment growth within Fengate. The enhancements will also improve journey times benefiting residents, businesses, visitors and the local economy.

The following schemes are planned as part of the package of works:

· Improvements to the existing signals at junction 7

These improvements will also make it greener and safer for cyclists and pedestrians, with the development of walking and cycling works.

Before detailed designs are completed, a consultation period has been launched, giving residents a chance to have their say on the proposals.

Councillor Peter Hiller, cabinet member for strategic planning, commercial strategy and investments, said: “We are committed to working with our partners to enhance the city’s transport infrastructure. There is a need for highway improvements in Fengate and this project will greatly benefit motorists, cyclists and pedestrians. It will also pave the way for planned growth in Fengate, so it’s a wholly beneficial scheme.

“As with any major project, we value the opinion of our residents and would invite everyone to have their say on these plans. That way we can work with the Combined Authority to develop the project as comprehensively as possible and we will of course keep people updated on progress with the schemes.”