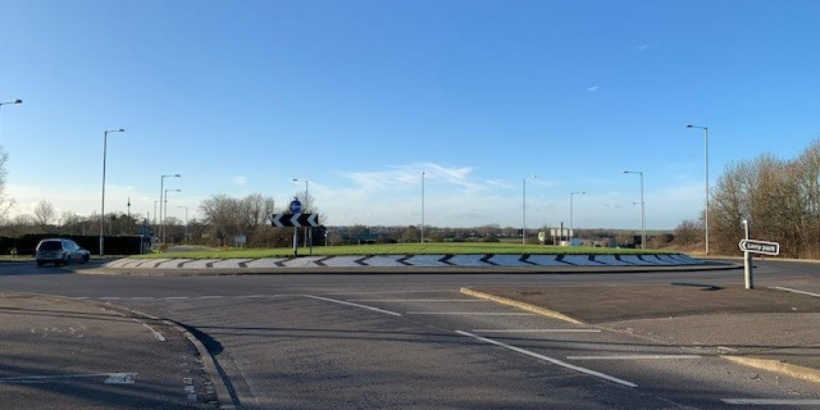 Construction of the improvements at Ely’s Lancaster Way Roundabout is scheduled to start on February 1st after planners adapted the scheme to include suggestions from the public about how the layout could be improved for pedestrians and cyclists as well as for motorists.

The start of the building work follows last year’s July-Sept engagement with local people on the proposed scheme.

Feedback resulted in the plans being changed to include a Toucan Crossing on the eastern arm of the roundabout, on the A142 towards Ely, reflecting ideas from the public about how the journey could be made better for people walking or cycling to Lancaster Way business park.

The new signal-controlled crossing will improve continuity of the existing pedestrian and cycle route, connecting to shared-use paths, and it takes on board the latest ‘active travel’ guidance from the government. It also supports Cambridgeshire & Peterborough Combined Authority’s priority for greener, safer roads that work towards achieving its net-zero carbon target across the county.

Funded by the Combined Authority, led by Mayor James Palmer, and by East Cambridgeshire District Council, the Lancaster Way roundabout scheme has a budget of £800,000 for design, construction, and management costs.

“We’re delivering greener and safer transport which puts people first and connects them in a better way to the places they need to go. That’s vital for communities right across Cambridgeshire.

“Lancaster Way Business Park is a keystone for the economic growth of Ely and East Cambridgeshire, and getting traffic moving more freely round there will unlock huge benefits for Ely and way beyond.

“We’ve listened carefully to what locals who really know this area had to say about the plans and I’m pleased that their insight means the result will be both people-driven and people-friendly.” Under Mayor Palmer, the Cambridgeshire & Peterborough Combined Authority has committed to a transport study of the A10 – where congestion and delays are a deep-seated problem – looking at significant, longer term changes to tackle congestion, as well as improving travel and safety for cyclists and pedestrians across this area.

“Lancaster Way is just one element of the Combined Authority’s substantial ongoing investment in the county’s roads. Market towns like Ely have been short-changed for years and getting transport across Cambridgeshire fit-for-purpose is the key that will deliver the jobs, skills, and housing that our communities need to rebound from Covid, and to thrive, and stay connected far into the future,” said Mayor Palmer.

For the safety of road users and the workforce, four-way temporary traffic lights will be in place on the A142 / Lancaster Way roundabout together with a temporary road closure on Witchford Road just south of its junction with Stirling Way, 24/7 for the duration of the project.  A temporary 40 mph speed limit will also be in place on the A142 approaches to the roundabout. The works are expected to last up until the end of April, with five nights at the end of the programme involving full overnight road closures for resurfacing and road markings.